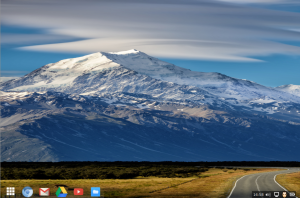 We go deeply technical today and discover the wonders of Virtual machines. What are they and why do we compare them to holographic characters in Star Trek ? We talk about the secret sauce to build a ‘Datacenter in a Box’ for your home. Instead of owning rows of old clunkers to test, or half a server rack to meet your needs, we take a tour of Virtualbox and how you can use it to shove an entire datacenter… under your desk.

You can also watch the Live recording of this show on Youtube.

Shownotes.
– Virtual machines .. What are they.
– How can you use them to work for you.
– Working out your strategy.
– What I use ?
– Virtualbox.
– Virtualbox extention pack .
– Vboxmanage commands.

You’ve heard us talk lots of times about Virtualbox. Our FAVORITE free (as in ‘Gratis’) cross platform virtualisation software. As we mentioned in the previous podcast episode about “Proxmox” (a more serious virtualisation tool) the machines in our home with their I5 and i7 processors and “Gigglebytes” of ram .. are mostly idling around in a corner when you’re not playing Call of Duty (and perhaps you even do THAT on the Xbox) So lets give those machines something to DO ! Running a ‘dedicated’ solution like dropbox might just be a little too much, but perhaps you have some cycles to spare on another system that is also being used as a desktop ? Why not try Virtualbox.

As an example : Currently I have dragged my I7, 16 gigabyte’s of ram Mac Mini downstairs and hooked it up to our tv. Since it carries most of our media it was a little silly to have it running in my upstairs office and having to stream everything back to the TV using a second (front end) box. So now the little bugger sits in our media cabinet with some 4 terrabyte of USB Harddisks hooked up to it. Having it just sit there running OSX and acting as a mediaserver or fileserver was a waste of power and cpu cycles. So with virtualbox I gave it something to do. I installed Virtualbox, hooked up a big external usb drive and started cooking some VM’s.

In the end, controlling these virtual machines is a little messy sometimes. I mean you can’t just interrupt @Niejana when she is watching “Blood and Chrome” to say : Sorry about that, I need to mess with something on my Virtualbox and for that I need to use the TV ?   You need ‘remote’ ways to manage that virtual machine situation.

And with those little tips you know can turn that headless box OR that powerful machine upstairs that is always on, but sometimes used by your kids for gaming… into your own personal datacenter. Don’t have the spare beige box for Proxmox ? Just have a desktop and want to get it to do some cool things ‘under the hood’. Want your own invisible datacenter ?  Here you go ! Download Virtualbox NOW.

Time to gather up a cup of coffee or whatever warm substance you drink and snuggle up with a pillow for this weeks “Storytime” edition where we reminisce about times long gone and how to give old windows 98 machines, eternal life using tools like Clonezilla, Vmware converter and Virtualbox.