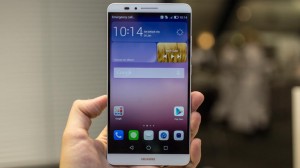 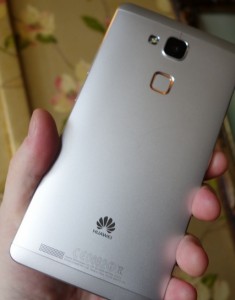 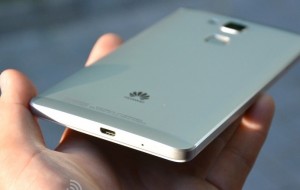 If I say the word “Rocketjump” and you have no idea what it is  ? … Then you seriously need to read the next post. In day two of our cross-platform gaming week we point you toward the reincarnation of one of the best first person shooters ever created. We are talking about Quake 3. A fantastic, high speed, fast moving, addictive, life-eating, relationship-destroying, girlfriend-infuriating game that kept us ALL up till dawn back in the year 2000. Quake is one of those “shoot anyone that moves” games that had a massive online following. No matter what part of the world you were at, there was always a server where you could log into and fire frag and respawn to your hearts desire.

I remember fondly how I would “get rid of my girlfriend” by taking her home at ten .. coming back to my apartment and start playing Quake 3 till 4am while eating Nacho’s and drinking coke.  Quake is fun, addictive and has eaten a big part of my life I can never get back.  And i had such a good time… I don’t even care 🙂 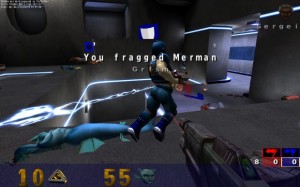 Now you (and your cross platform buddies) can have a go with “Open Arena” a free, open-source and cross platform friendly port of the old Quake game. It might not be as fancy as your newest Xbox one game, but EVERY first person shooter is in some way or form a descendant ( I feel the urge to say “Derivative”) of the original Quake 3.

Feed your dog for the next three weeks and kiss your job goodbye. Download and play Open Arena .. for free HERE.

Its Go-go-gadget review time again as we get our greedy little geek hands on the latest gadgets from Samsung. We do an in depth review of their new Phablet the “Note 3” and turn ourselves into Michael Knight (from Knightrider .. remember ?) as we slap on the worlds most advanced smart watch : The Galaxy Gear.

Since I’ve ported my brand new 11.6 inch Macbook Air to Ubuntu Linux, I’ve noticed that I seldom boot back into OSX on this little machine. Life is good on the Ubuntu side. Because for where it might lack powerful video editing tools or multitrack recorders that come with the same ease of use as Mac, Ubuntu (and Linux in general) shines when it comes to the myriad of free software that is available. Many blogposts will tell you the “top 5 apps” you NEED to install on your Linux machine, but you might know those lists by heart because they always offer the same apps.  Today I’ll serve you up three applications that don’t necessarily show up on those lists , but for me make all the difference.

Though, with the Unity interface, Ubuntu might have moved on from spinning desktop cubes and wobbly windows, ‘looks’ are still a big part of the experience. Because 80 percent of your “post install” work consists of looking for “the right wallpaper”, I decided to ‘have somebody do that for me’ : Enter “Variety”  a light, well written and awesome application that will switch wallpapers for you. You can choose the interval time, but also many many external sources of wallpaper material. Predefined Flickr groups of wallpapers are just one of the options, you can have Variety search Flickr for certain tags and keywords and pull down those wallpapers for you automatically. Luckily Variety also has the option to add your own folder filled with your personal wallpapers and mix everything up a bit with the external feeds. The menu bar icon up top lets you know it’s been installed and gives you access to all the settings. A cute little app that gives my tweaked system a little extra shine. (AND lets you use the fantastic KNIGHTWISE.COM WALLPAPERS on your machine   Available from the Ubuntu software center or via  sudo apt-get install variety

Although it was a pretty tough call between ‘soundconverter’ and ‘kazam screencaster’ to make this list, I chose the latter. Having to “capture” some internet video lately, I decided to give my Ubuntu machine the chance to prove its worth. Kazam is an online screen recorder that does its job well. You can record your entire screen, or sections of it, and have that video recorded in H264/mp4 format or VP8. You get to pick the framerate and the folder where the recordings are stored. No rocket science here. However the beauty comes with the combination of Kazam and Pulseaudio Volume control that let you record a much needed ‘sound input combination’. You cannot only record the screen with audio coming FROM ‘the sceen’ (your computer output) OR from your Microphone .. You can combine those 2 sound inputs and give “live” commentary on whatever youtube video you are grabbing. For a screencaster like me thats essential, AND damn handy when you want to record Google hangouts and the like. The output is very reliable and the process is dead easy. Kazam can also be found in the Ubuntu Software Center or via sudo apt-get install kazam

As the winner of the “Ubuntu app showdown” competition Rightlead is an RSS reader. Whow ! I hear you say, another RSS reader ?  In order to make this list it better come with belly dancing Ewoks as a key feature because when it comes to RSS reader we have seen them all. The kicker with Lightread is that it constantly “syncs” with your Google Reader feeds ( you subscribe to new stuff, your stuff is in Lightread ) Lightread is simple, elegant, lets you tag and star articles and export them to Instapaper and Pocket. No rocket science but brilliant in its simplicity. I dare say that Lightread could be a native Mac app .. thats how good its done. I boot it up when I open my machine to read my feeds instead of surfing the web. To see is to believe.   Lightread is available from the Ubuntu Software Center or via sudo apt-get install lightread.

You can find more applications from the Ubuntu App showdown HERE  and HERE.