ER is an American medical drama television series created by novelist and medical doctor Michael Crichton that aired on NBC from September 19, 1994, to April 2, 2009, with a total of 331 episodes spanning over 15 seasons

Battle of the Planets

In 1979, Buck Rogers was revived and updated for a prime-time television series for NBC Television. The pilot film was released to cinemas on March 30, 1979.

Captain Future is a science fiction hero – a space-traveling scientist and adventurer – originally published in a namesake pulp magazine from 1940 to 1951.

Airwolf was an American television series that ran from 1984 until 1987. The program centers on a high-tech military helicopter, code named Airwolf, and its crew as they undertake various exotic missions, many involving espionage, with a Cold War theme

Ulysses 31  is a French-Japanese animated television series (1981) that updates the Greek mythology of Odysseus (known as “Ulysses” in Latin) to the 31st century.

The Transformers is a half-hour American[3] animated robot superhero television series which originally aired from September 17, 1984 to November 11, 1987 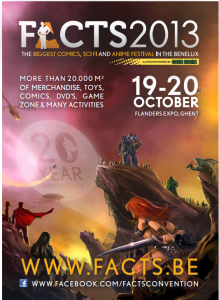