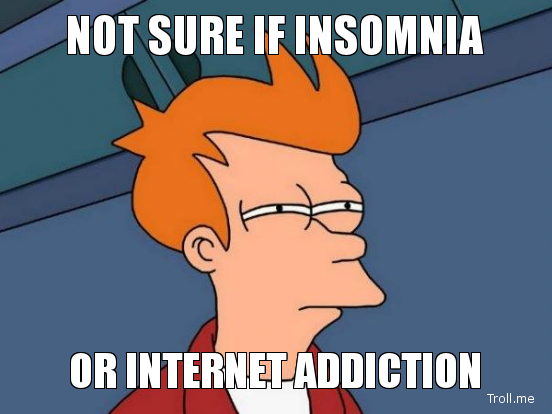 Fear of the dinosaur
I am really scared of a T-Rex. And when I say that i’m not talking about the 30 foot giant dino that scared the living crap out of those poor kids in the original Jurassic park film, but the little grey one that pops up in Chrome, when you don’t have an internet connection. Because that means that I am “Offline”. And these days “Offline” equals being lost at sea, or stuck in a cave, or stranded on one of the moons of Uranus. Or worse: Being stuck in a cave at the bottom of the sea on one of the moons of Uranus. You catch my drift: Being offline is bad.

Beyond the Blackberry: Offline is bad
Why is this? I vividly remember a time where 95% of my day was spent “offline”. Only when I would need to get “on the internet” would I use a little box that made screechy noises to temporarily connect my wonky PC to the world wide web. These days a computer without an internet connection is about as useful as can of window defroster in the Sahara.

It all changed when we got the first smartphones with a permanent connection. Those “Blackberry’s” in the hands of avidly tapping CEO’s would give them the infinite power to be connected all the time, everywhere. It was cool! That meant you could spam them 24/7 with useless questions like “When do I get a raise” knowing that would help to get a rise of of them (Hah).

But somewhere along the line this all changed and we needed to be connected all the time, first so we could be pinged and dinged 24/7, then because we had a massive case of FOMO (fear of missing out) and next because all of our data and our applications were in the could. No pipe? No Party.

The cloud is a blessing in disguise. Sure: our data was safe from failing hard drives and homework devouring K9’s, but we need a permanent pipe to get to them. That’s ok, bandwidth is cheap and connections are ubiquitous, but not omnipresent. Commuting by Train from Brussels does mean that at times the 4g connectivity on my phone is spotty and at some points cuts out altogether. Very annoying when you are in the middle of a cloud based session and not reliable at all. But instead of fearing those moments I’ve begun to embrace them.

I’ve found out “Offline” is great time to blog, to tinker with video’s. To edit down Audio file or to meticulously murder and decimate any mails that are hanging around in my inbox.

The luxury of begin without a connection
There is an incredible luxury about being offline because all the distractions you might encounter go away. No more pings, dings and doodah’s from Facebook or Whatsapp. No more side-quests to hunt down a life-sized My little pony on amazon. No silly youtube cat video’s that eat hours of your time. No more emails that drop into your inbox right when you are in the middle writing up a killer reply to the previous mails. Just … you, your keyboard and your computer. The virtual doors to your man (or woman) cave a closed, the doorbell is unplugged and you get to soak in the digital bubblebath of your own creativity (or focus) without being disturbed.

I’ve found out “Offline” is great time to blog, to tinker with video’s. To edit down Audio file or to meticulously murder and decimate any mails that are hanging around in my inbox. The sweet 90 minutes of Downtime I get as I zoom through the Belgian spotty cellphone-covered countryside are actually the most productive ones of my day.

Make the tech work
Sure I have to make sure the tech works. That means most of my services and clients need to able to ‘handle’ offline. Syncing to your local drive is a great option. Apps like Onedrive, Onenote, Outlook, Dropbox all have the ability to ‘work offline’ and push/pull incremental changes once the packets from the inter-webs return. Not every app or service support that. But think about it. If you NEED constant connectivity to do that one key thing you need to do, you are very vulnerable should the handy workmen decide to accidentally rip up your internet connection while doing some digging.

Are you a constantly connected cloud-crackwhore that cannot live without a public IP or a 4bar wireless signal ?

Enjoy the silence
So here is my question: How much CAN you still DO offline? Are you a constantly connected cloud-crackwhore that cannot live without a public IP or a 4bar wireless signal ? Are your workflows so tied into the cloud that without them the only think you are good at is grunting like a gorilla as you wave your useless smartphone around ? I’m dying to know. You can tell me all about it, when I get back online.