It had only been a couple of days since the release of the latest version of Ubuntu’s next incarnation 13.04 when I decided it would be time to give it a spin on my Lenovo Thinkpad. I had only purchased the little 11.6 inch I3 laptop a couple of days earlier ( A nice second hand machine if I may say so ) and was planning on using it for most of my day-to-day computing tasks. Having read up on all the ‘latest’ features to come to 13.04 I was looking forward to the next version of Nautilus and having a peek at the new “Friends” application that had come to replace Gwibber. But most of all I was looking forward to the speed increase in Unity. 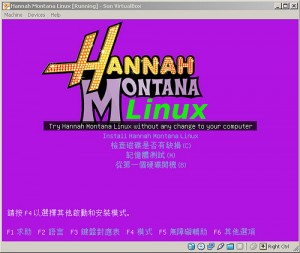 Four hours later I woke from a daze of searching forums, entering command line strings, downloading packages, fixing dependencies and filing bugs to a system that was actually working. As it turned out the “bleeding edge” of Ubuntu Distro’s had been hemorrhaging into my work schedule where it had eaten up the precious time of “Getting things done” in favour of “Getting things to work”. The system was operational, but somehow I did not have the confidence in my installed machine that I normally have. Why ? Because I take my computers seriously. Computers are an integral part of my work routine and I actually rely on my Linux powered computers to get things done for work, but also for things like blogging, podcast producing and so forth. And I hold those Linux powered systems to high standards : They have be stable, reliable, consistent and most of all, help me to get things done.

I flash back 7 or 8 years when I bought my first iBook (G4 powered Mac Laptop) and experienced the joy of having a computer that helped me be creative and get things done. This is raw contrast to the dodgy XP and Vista systems that seem to need constant cleaning, maintenance, repair and re installations. I had a computer that got the job done.. And I liked it.

So having spent 4 hours on a “bleeding edge” Linux distribution to get it working just the way I wanted to had been a learning experience (as most Linux related things are) but not quite what I had in mind for the afternoon. With Blogposts unwritten, Podcasts unrecorded, work email .. unchecked it somehow reminded me of those dodgy XP machines we spent hours to fix.  I wiped the drive and re-installed trusty Ubuntu 12.04 (Long term support) exchanging bleeding edge features for slightly older and boring well supported stability. I did it because I needed to get OTHER stuff done.

The question has been nagging in my mind ever since : What if we took Linux seriously. And by that I do not mean the “ham-shack amateur passion” in which we all run our own favorite super tweaked distribution. Not in the way we bicker and squabble over the best graphical user interface.. But ‘Serious’ in the way a company would use it.  Over the last couple of years I’ve seen the Linux scene expand in adoption and popularity. From the bearded geeks in their basements whose only source of light was a flickering command line prompt to a much larger host of geeks and even end users who have discovered the wondrous world of Tux. But the question remains if the Linux community with its resources of developers, bug fixers, advocates and users would be enough in a “real world environment”.

To illustrate my point let me pose you a question. What Linux distribution would you pick to install on 2600 workstations, spread over 4 countries. Its average user level “novice” its support and management servers centralized  With Microsoft’s “active directory” things like remote configurations, policies and software packaging are quite able to produce a somewhat uniform and centrally managed workstation landscape. What Linux system would you pick to replace it ? On the one hand stability and support is an issue, so the ‘bleeding edge’ of Debian Testing might not be something towards you would want to entrust your day-to-day business processes. On the other hand there is the issue of support where you need to make sure that your install base is not starved out of patches and support after 9 months. And lastly there is of course the need for a centralized system to make sure system configurations, policies and so forth can be managed from one location.

When I look around the Linux landscape today I see few distributions that are up to the corporate task of being the primary OS for a desktop workforce (I am not talking about servers) As colorful as distributions like Pear_OS or Hanna Montanna Linux might be, they do not have the resources to make in the corporate world. Other distributions like Suse or Redhat ( who have corporate backing ) lack any form of centralized management and configuration tools like Microsofts Active Directory. You might have a fair chance of rolling them out on the desktop, but only to a workforce that is able to install and repair their own workstations. And then there are those other distro’s who are looking for an unity between their different platforms. They are shunned for “selling out” to the idea of “free and open source” in favor of making a buck.

And so I ponder what would happen if some bloggers got what they asked for. “Windows will be dead in 2 years”. Then what ? What os is going to be on the workstation of your aunty Jeanne over at the DMV ?  Who is gonna support Uncle Joe as his Arch Linux workstation reports broken dependencies. What company will be the first to roll out “Hanna Montana Linux” as their strategic choice for the desktop.   We have been touting for years that “The Linux Desktop” is gonna make it to the mainstream, but I wonder what we do if we get there. Because then it will be in the hands of the “average” users. Students who need to get their papers done. Accountants who need to file tax returns, Tattoo artists who need to have a high res picture of that Hanna Montana clipart before they paint it on your shoulder. People who do not have the slightest notion what Linux is about and why it is so great. People unaware they can compile packages from source or tweak their system to a whole new level. People who associate penguins with David Attenborough instead of Richard Stallman. People who are not in the know. In other words : People who need to take this stuff seriously and use their computer not to “do things” but to get things done.