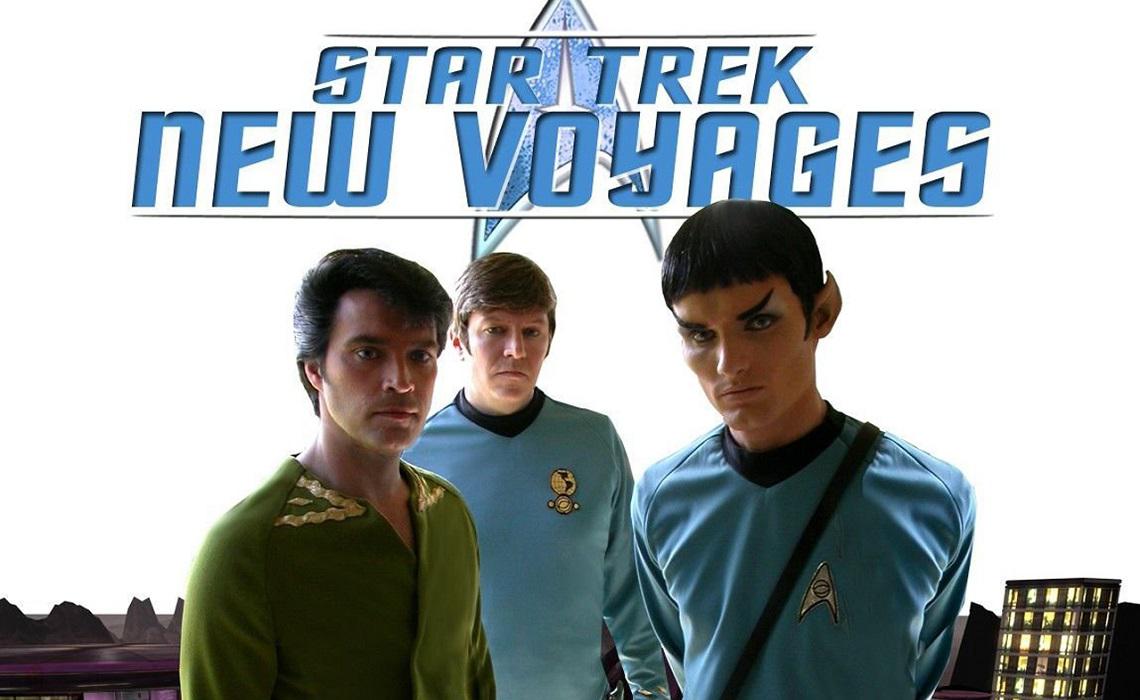 If you haven’t read part 1, we highly suggest you check it out!

This year marks the 50th anniversary of Star Trek and that is a milestone for every geek. Perhaps you are a die hard fan from the early days watching Kirk and Spock trod around on wobbly sound stages trying to get it on with green aliens. Perhaps you jumped in during Voyager and still long for the moment that Seven of Nine tells you she wants to be your ‘friend with benefits’. It doesn’t matter what kind of Trekkie you are, there is never enough content to watch. The upcoming show “Star Trek: Discovery” won’t air until 2017, so what do you do in the meantime? How about diving into the world of fan fiction with some shows produced by loving fans of the Star Trek universe? There are many of them out there, in various forms of quality ranging from horrible B-movie material to tantalizing TV. We hit up YouTube and picked our top three. Up next: “Star Trek: New Voyages.”

In our second installment we take a look at “Star Trek: New Voyages”, also known as “Star Trek: Phase II”. Like “Star Trek Continues” this show is also set in the Original series timeline of the Star Trek Franchise. “Star Trek: Phase II” was in fact the name of the never-aired sequel to the original series that Roddenberry wanted to produce. It featured the voyages of the Enterprise after her first 5-year mission during TOS. The show never got aired but some sets and character ideas were re-worked for “Star Trek: The Motion Picture” and some of the story ideas were used during the production of “Star Trek: The Next Generation”. The fan show Star Trek Continues/Phase II, picks up at that point.

First aired in 2004, Star Trek Phase II has so far produced 11 full episodes and a couple of shorter vignettes.

The show does start out as a little over-zealous fan-tribute show that tries to cram as much ‘trek’ into one episode as possible with about as much finesse as cramming tribbles into a Klingon’s underpants. During the first episodes the number of tributes and cameo’s are a little overwhelming. But as the show matures the stories get better and better. Two episodes “The Child” and “Kitumba” are actually based on the original un-produced scripts for the never aired Phase II series. “The Child” was eventually re-worked for the second season opener of TNG.

Star Trek: New Voyages has had several cast changes during its run. All the main characters (Spock, Kirk, Mccoy etc) are portrayed by at least different actors. The first actor to portray Kirk, James Cawly, gives us a solid idea of what would have happened if Kirk had been an Elvis fan. Brian Gross, depicting Kirk after episode 9 gives us a younger, more naïve version of Kirk. But what the “core cast” might lack in acting skills is made up by the guest stars. From Walter Koeing to George Takei and Grace Lee Whitney to Denise Crosby, the original Star Trek Giants come by to pay tribute and pitch in.

As is the case with most fan-created shows (and most of the original Trek series), the production quality improves along the way. The sets and costumes are great, but what makes STNV stand out is the excellent CGI. The shots of the (partly refit) Enterprise are drop-dead gorgeous and stand out far beyond anything Paramount ever produced, even in the production of shows like “Star Trek: Voyager” or “Enterprise”.

A little rough around the edges, “New Voyages” sometimes borders on a cheezy fan show. But this is more then made up for by great stories and the all-star guest cast that pops by from time to time.