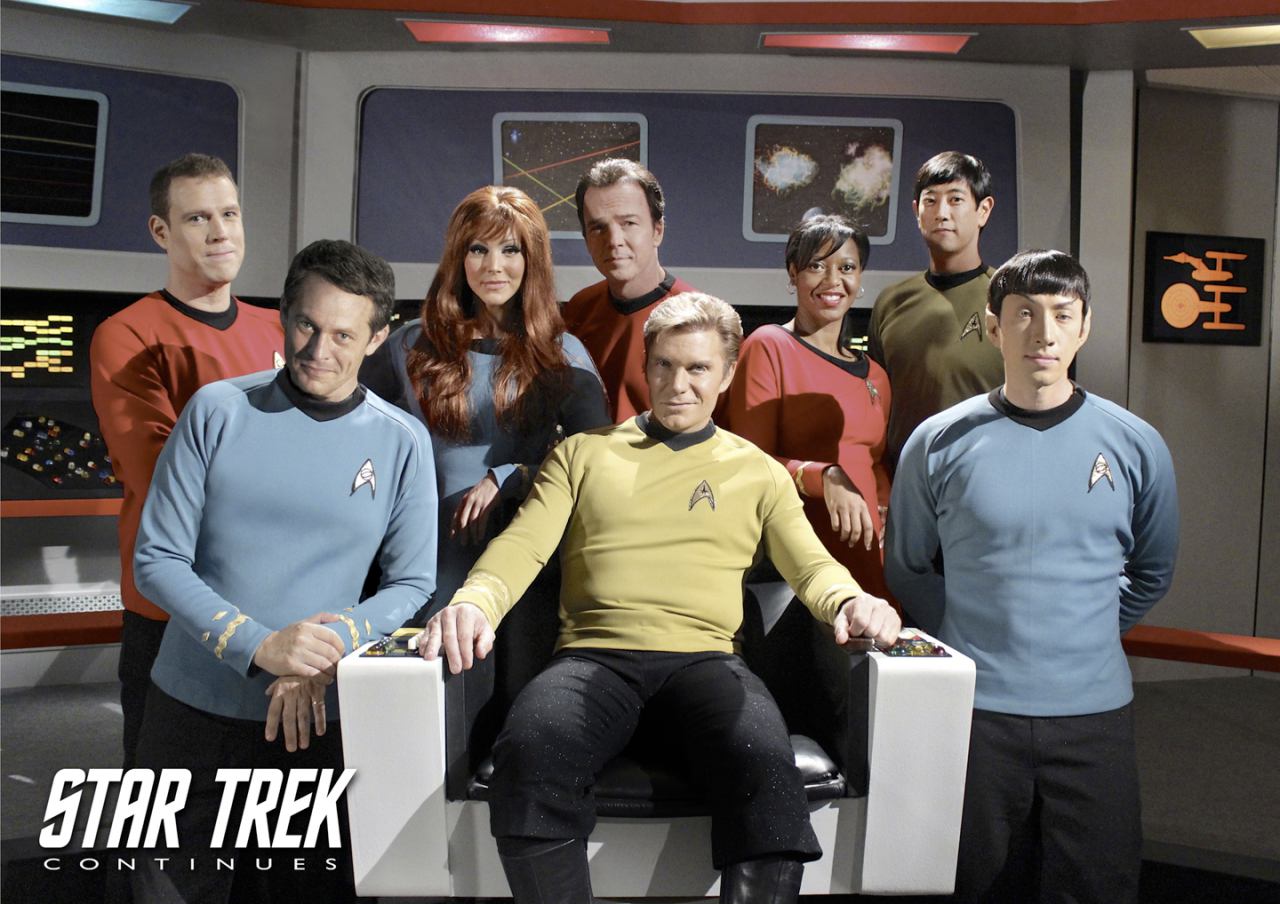 This year marks the 50th anniversary of Star Trek and that is a milestone for every geek. Perhaps you are a die hard fan from the early days watching Kirk and Spock trod around on wobbly sound stages trying to get it on with green aliens. Perhaps you jumped in during Voyager and still long for the moment that Seven of Nine tells you she wants to be your ‘friend with benefits’. It doesn’t matter what kind of Trekkie you are, there is never enough content to watch. The upcoming show “Star Trek: Discovery” won’t air until 2017, so what do you do in the meantime? How about diving into the world of fan fiction with some shows produced by loving fans of the Star Trek universe? There are many of them out there, in various forms of quality ranging from horrible B-movie material to tantalizing TV. We hit up YouTube and picked our top three. First up is “Star Trek Continues.”

First Aired in 2013 this show is produced by a non-profit charity and takes you back to the good old days of The Original Series. Kirk, Spock, and McCoy are all there, but just played by different actors.

As of today, STC has 7 episodes under its belt and features some great guest stars. From Orion slave trader Lou Ferrigno (The Hulk) to Chris Doohan filling in his father’s shoes as engineer Montgomery Scott.

The pilot episode “Pilgrim of Eternity” where Apollo (seen in the TOS episode “Who Mourns for Adonais”) returns to the Enterprise is spot on! The show entertains you but also makes you think about humanity, society and all the big issues Gene Roddenberry held most dear.

The cast delivers great original performances but still manage to pay homage to the original cast. Actor Vic Mignogna has a subtle way to portray all our favorite “Shatner-isms” in his portrayal of Captain Kirk. Michelle Specht plays Elise McKennah, a character that wasn’t in the original series cast, portrays a ship counsellor that puts Troi to shame.

“Star Trek Continues” built their sets from the original blueprints of the TOS sets. Therefore everything looks just like it came straight out of TOS, but stuff doesn’t wobble when they walk around (at least not much).

The special effects in the show are pretty good and they have continued to progress as the series moves along. However the show focuses more on storyline and dialogue then on flashy special effects.

Star Trek Continues is surely worth the watch if you are a fan of the original series. It will take a little bit of getting used to seeing your favorite characters portrayed by different actors, but they will grown on you .. fast.