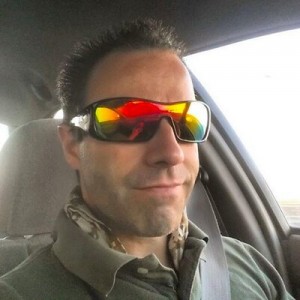 I sometimes joke that I live online, but that’s not far from the truth. By profession, I’m a Web Content Manager for a public library district in Phoenix, Arizona. I create and manage online content for the library’s website and assorted web based properties and presences. Beyond that, I’m a podcaster and the host of Cyberpunk Librarian; a show about libraries and technology. I blog and write for websites. I’ve done online video and an online documentary series dealing with popular history. Im a digital illustrator and graphic designer. I’ve written two non-fiction eBooks you can find on Amazon and composed music you can find on Soundcloud

Sooner or later, almost everything I do ends up on the web.

It’s not just my job to create stuff and put it on the web, it’s my passion. On the librarian side of things, it’s crucial that the library’s web content work in as many places as possible, so I carry gear devoted to the life of a professional web guy who’s enthusiastic about online content. 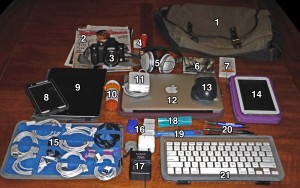