You’ve got seven vices and seven virtues, you also have seven dwarfs and seven riders of the apocalypse. You also have a movie called “Seven” where they cut off Gwyneth Paltrow’s head and ship it via Fedex, but that is beside the point. What is important to remember that there are also seven siblings in Samsungs Galaxy family. We got our greedy hands on one of the few models in circulation and decided to tell you all about it. 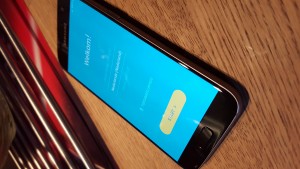 Look and feel
The S7 is a lot like Iron Man. Where the 1950’s versions of Iron Man looked bulky and edgy, the modern implementation of Iron Man is slick and smooth. Same goes for the S7. Although its the same size as its predecessor the S6, the rounded edges of the S7 make it feel just a little better to hold on to. The raised mounting of the rear camera in the S6 is gone which turns the back of the phone into a solid, unbroken slate of black. Close your eyes and roll the phone around in your hands and it will be hard for you to distinguish it from its greatest competitor, the iPhone 6.

Some things are just same-same
Aside from the size, the screen specs have not changed either compared to the S6, but with a beautiful Amoled screen with such a high resolution, why would it? The screen is packed so tight you cant distinguish the individual pixels and the colors are vibrant. Thanks to the Amoled technology black is black and you can even read the screen in bright sunlight.

Same but no same
Samsung has upped the specs on the cpu and the onboard ram (we won’t bore you with the technical details, suffice to say the phone is fast and snappy). The biggest change however is the fact that the micro SD card slot has returned. You can once again slide your little Micro SD card into your S7 to upgrade the storage capacity. Although slightly slower to respond opposed to the onboard storage, the micro SD card gives you the chance to store music, movies and more without worrying that you will ‘fill up your phone’. Because Samsung did not implement one of the latest Android features into its OS, it  not possible to install apps on the micro sd card.

We are talking about the first submarine equipped with a simcard.

Just drop it in the toilet
Every week we hold a silent vigil for those moments where a loud splashing sound emerges from toilets all over the world. No, we aren’t referring to the proliferation of successful bowel movements, instead we point towards all those incidents where phones end up in the toilet. That one place where modern day technology touches that one earthly element that signals doom for many: Water.
The S7 is waterproof. When we say waterproof we aren’t talking about a couple of drops of water. We are talking about the first submarine equipped with a simcard. The S7 can stand over 20 minutes of underwatertime, more then enough for those slow to react to fish their baby out of the john when they accidentally dropped it in. We tried it (not the toilet test, just plain water) and it works indeed. The phone knows when it has been submerged and refuses to charge via the USB port until all components have dried up. Pretty impressive.

VR
The S7 is also compatible with Samsungs gear VR, its Occulus-powered virtual reality headset. Slide the phone in and sito presto you are emerged in a VR world where you can play games, watch Netflix or literally walk around in a 360 degree movie. That is until your phone gets too hot or your battery dies out. (See our review of the Gear Vr for more info on this.)

Conclusion
We give the S7 an 8/10 because its a decent phone. It’s not cheap but you do get a lot of bang for your buck. The VR technology that Samsung loves to pimp is interesting but still in its infant phase.

Links: Want to know more ? We found this excellent (Dutch) video review of the S7 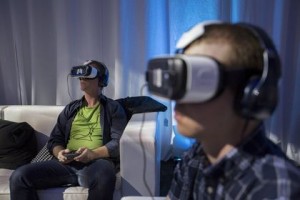 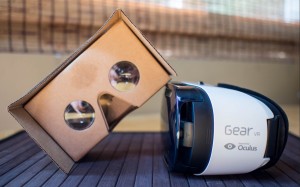 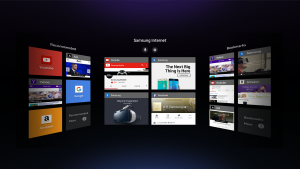 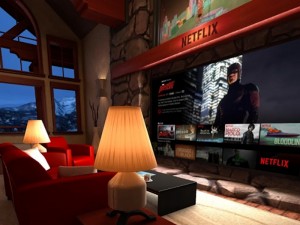