The downside to having an Android device is that the home screen is completely tweakable. What starts out as a pristine and low-key desktop, soon turns into a mayhem of icons, shortcuts and widgets. The downside to such unrestricted personal freedom on your device is that you sometimes risk ending up with a home screen that looks a lot like your Uncles Windows 95 machine after 2 years of use.

Ios users have no such troubles. Cupertinian law has stated that there ARE no widgets and that each row of icons must be completely filled before you add another row of icons below. Such totalitarian control makes for a tidy room .. but also a dull one. 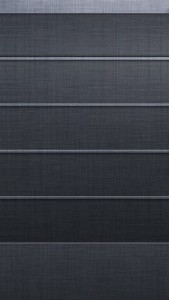 So what to do ? You want to give yourself at least some notion of “personification” of your portable device ?  You can do so by putting up some shelves… Wallpaper shelves that is. Howtogeek.com has an interesting collection of “wallpaper shelves” for that very purpose. I agree, its not a very exiting hack, since in IOS every screen has the same wallpaper .. but its way better then having the picture of your beloved covered in icons that cover up his/her/its sweet facade.

You can get the wallpapers HERE.