Darkness is a lie. It is the absence of the light of truth. 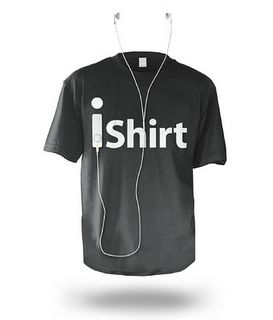 Darkness was my companion this morning as I raced towards work. Playlists for my podcasts decided to stay behind at home.. So I was just accompanied the wonderful Delirium’s ‘Poem’ album as a soundtrack for my silence. As light now reaches into the evening the suns rays are still cast away in the morning.. It gives me more rest to thing and wonder about the things of life.

And I have plenty to think about. As Babylon is turned upside down I feel brotherly bonds slipping away as if they where never tied. I feel myself still in the shadow of the little kid that stayed behind as his brothers went about their business. Only now the chessboard is set up differently. While one just leaves me out of the whole debacle.. The others is hiding from me. Where I once thought courage and honor was his greatest virtue, the only things I see now are coward ness and fear. Fear of what ? The truth that will eventually catch up with all of us ? The shadow of ones soul that one can never run or hide from ? Is that it ? Am I cast out of this whole scenario because the ‘little brother’ might just have that one insight, that one comment where macho-ism , self pity and intimidation have no defense against ? Its hard to be locked out by ones brother only because they don’t seem to care .. Or because they are afraid of what you have to say.

And on the other hand it makes me proud, angry… and even feel apathy for the whole situation. Babylon is becoming a ruined battleground to which I am untying myself before it drags me to the bottom.

Enough … Today I found something that might fit right in my alley . Only this week I was thinking about ditching our windows server and going for a Linux alternative. Today this article was posted http://www.flexbeta.net/main/printarticle.php?id=88 Since I have found a copy of Suse Enterprise server 7.3 at the local second hand shop for 5 euro.. its worth a try. Tc did another show at spacemusic.nl today http://libsyn.com/media/spacemusic/spacemusic-2005-03-29.mp3 and it was great to chill out on this music. Especially the whole matrix dub in the beginning is great ! One of the bloggs I read up on http://www.livejournal.com/users/bois_inside/ has a pretty entry about girl/girl love and passion. Its wonderful to see the wanting and the fulfillment love can give. (are you narrow minded ? don’t click) All of us just look for happiness. In advance I can only say I’m going to be sick this weekend. Sunday at sever o’clock I am going to HAVE to see the doctor http://www.bbc.co.uk/doctorwho/ Its amazing how aunty beeb has done it again. The whole Doctor Who concept has been re-invented once again in this very 90”s re-incarnation of every ones favorite timelord. So I’m having kittens over this J Star trek Enterprise is going into its final episode http://www.startrek.com/startrek/view/news/article/9996.html Because NO-One gives a ratts ass about this spin-off they decided to cancel it after four seasons (and it was a disgrace to the Roddenbery legacy anyway. ) To get some viewers a lame cameo for Riker and Troy has been thought up , of course the Holodeck is involved (typical for Rick Bermans lack of imagination) “The series finale is called "These Are the Voyages …" and it's probably no secret by now that this last episode of the Star Trek prequel features two very special guest stars: Jonathan Frakes and Marina Sirtis.” I will of course watch it.. Just to toast to Archers demise !. I’m however worried for the continuation of the Star Trek legacy. I hope this is not forever the end of my fan-cultus… (worried frown). Well , There is always an alternative : After podcasting you can try http://www.antisnottv.net/ Videoblogging. From what I’ve seen so far… I’m not overly impressed but hey… Where else on TV can you see a girl having her period ! (I was not taken in by that videoblogg). Until next time !